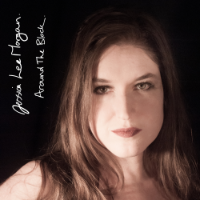 You Get What You Deserve (Around The Block)


Around The Block was truly made on the road. Recorded at home, in various studios, and even a camper van off the A470 and in a cider farm near Ross-on-Wye, this album is Jessica's second, drawing on songs old and new.

Contributors to the album:

Christian Thomas, on bass, engineering, backing vocals and all round support.

Morgan Visconti, Jessica's brother, plays lead guitar on 'Waiting To Leave' and 'What the Hell Was I Thinking'.

Paul Cuddeford, also seen in The Best of Bowie with Jessica and her dad, Tony Visconti, plays lead guitar on 'I Am Not' and 'Cut Down, Broken Down'.

Jules Hay plays lead guitar on 'Around The Block' and 'Key To Your Heart'.

Tony Visconti, Jessica's dad, joins on backing vocals on the live version of 'This Is My Love Song', played with Morgan and Christian somewhere on tour.


Review by Fool 3 of the band Suffering Fools

Once in a while an album comes along that you need to say something about.

Jessica Lee Morgan - Around the Block

Some say the album as an art form is dead. Jessica Lee Morgan is one of those who prove them wrong.

When her first album, I Am Not, was released in 2010, I knew of Morgan primarily as the daughter of Welsh singer Mary Hopkin and the celebrated producer Tony Visconti. With such a background, it was no surprise that the album revealed a great talent in singing and songwriting.

Her follow-up, Around the Block, is a leap forward in both structure and focus.

Whereas I Am Not was a mixed bag of styles, acoustic and electronic, this new effort sticks to a primarily acoustic feel throughout. Recorded in large part in a mobile studio, it paradoxically gives a sense of staying in one place. This is the result of the obvious care taken in producing the final mix, which sounds utterly seamless.

With Morgan's "dry" lead vocal on all tracks uniformly positioned in the center of the stereo mix, this true song cycle is a cohesive entity produced with relatively sparse instrumentation. Fortunately, both the material and Morgan's voice are strong enough to carry this off, along with her acoustic guitar playing, which stays in the foreground.

1. 'I Am Not': This song existed prior to Morgan's first album (which cheekily used the same title without including its namesake in the track lineup). It leads off her sophomore album with an arresting rhythm and a lyric that warns against reducing people to labels based on a single characteristic. Paul Cuddeford plays a soaring electric lead.

2. 'Cut Down, Broken Down': Punctuated by some nifty slide guitar from Cuddeford that somehow imparts a pseudo-Indian flavor, this song (addressed to a two-faced ex) occasionally employs an offset countermelody that bears repeat listening.

3. 'What the Hell Was I Thinking': Bitter reminiscences and recriminations about an ill-advised former relationship are spun out in this song featuring some dirty lead guitar played by Morgan's brother Morgan Visconti.

4. 'Too Good for You': Opening with an E7b10 chord and some animated bass, this song about "trading up" is a lot of fun, particularly in Morgan's heavily phased kazoo solo which could nearly be mistaken for guitar.

5. 'Around the Block': The title track is a laid-back offering featuring a bongo beat, but with tension maintained by frequent dominant seventh chords. The lyric speaks about dropping out from an old routine to wander with no destination.

6. 'Waiting to Leave': The first single off the album. Played in A at the seventh fret, this song can't help but recall the Beatles classic 'Here Comes the Sun'. With cleansing background harmonies featuring Christian Thomas and an instrumental break combining Visconti's electric lead and Thomas' melodic bass, the track comes as a welcome relief of musical and emotional tension in the middle of the album.

7. 'Sorry Not Sorry': Morgan's multi-instrumental skills are again in play, this time on the saxophone, which provides a solo break and a honking full-stop to end this song about having "no regrets, no apologies." (Parental advisory! Sorry not sorry.)

8. 'You Get What You Deserve': A restrained arrangement with nice harmonies highlights this track that speaks to personal responsibility.

9. 'Nobody Knows': A bit of a shuffle about a whiner, featuring ukulele and duelling saxophone overdubs by Morgan.

10. 'Key to Your Heart': The studio album ends on an optimistic note with this mellow track featuring some tasteful lead guitar from Jules Hay.

11. 'This Is My Love Song to You (live)': Having appeared on her first album in an electronic arrangement, this song has become a singalong feature of Morgan's concerts and appears here as an extra track, in a more acoustic live form that suits the style of the new album. The Viscontis, Morgan and Tony, provide backing vocals.

In terms of architecture, the album has great thematic flow, with three consecutive tracks about failed relationships (2-4) leading into a couple of songs about seeking new horizons (5-6), followed by three tracks dealing from various perspectives with the need to take responsibility for one's life (7-9). The musicians, for their part, have excellent chops and have constructed a satisfying and unified whole with this album, one of the best things to come out of 2017.

After seven years since I Am Not, Around the Block is well worth the wait.